Holiday Subscription
Attend both holiday concerts (A Baroque Christmas and Music for the Royal Fireworks) and save 10% with a Holiday Subscription, available exclusively through the Santa Fe Pro Musica Box Office: (505) 988-4640, (800) 960-6680.
These will go quickly, so call today!

Handel was born in Halle, Germany and trained in the German music tradition. In 1707 he moved to Italy where he learned the Italian art of vocal music and opera. Three years later, Handel became Music Director at the Electoral Court of Hanover and returned to Germany. In 1714 Handel’s employer, the Elector of Hanover, was proclaimed King George I of England, and Handel followed him to England. Handel became an English citizen and settled down to a long and prosperous career in London, enjoying the patronage of the royal family and the adulation of the English people.

The concerto grosso was one of the most popular instrumental forms during the Baroque period. It features contrasting textures between a small group of soloists and a larger group of instrumentalists. Handel composed his twelve Concerti Grossi, Opus 6 within a single month in 1739. Donald Burrows (Handel, 1994) proclaimed this set as “one of the marvels of eighteenth-century instrumental music… each concerto can be regarded as an individual masterpiece.”

Vivaldi composed hundreds of spirited and inventive instrumental works. His kinetic rhythms, fluid melodies, and brilliant musical effects make him one of the most popular composers from the Baroque era. Vivaldi’s production of sacred vocal music, though not as substantial as his instrumental works, includes over fifty works.

The Laudate pueri Dominum is one of three settings of Psalm 112 that Vivaldi composed. Each movement musically explores the words and phrases allotted to it, with dramatic operatic writing and colorful textural imagery. The first movement treats all the instruments and the voice equally, reflecting the text that we are all equal in the sight of God (“… and even servants can enter the kingdom of heaven”). In the second movement, Vivaldi borrows from his own Winter Concerto from The Four Seasons and creates a hushed, awe-inspiring landscape invoking eternity (“… from this time forth forevermore”). In the third movement, listen for the rising vocal line illustrating the rising sun, and the long florid lines on the word laudate (“praise”). The angular lines of No. 4 reflect the admonition that we should ever remain humble, as our Lord God who dwells most high. The centerpiece is No. 5 (the doxology “Glory be to the Father”) and is a tender conversation between solo violin and voice. No. 6 is happy and spirited (“… as it was in the beginning is now and ever shall be”). The piece concludes with a glorious Amen.

Telemann, the son of a clergyman, was a self-taught musician. It was expected that he would follow his father’s path, and much was done to dissuade the boy from his fascination with music. Looking back on his struggles, Telemann wrote in 1718: “My fire burned far too brightly, and lighted my way into the path of innocent disobedience, so that I spent many a night with pen in hand because I was forbidden it by day, and passed many an hour in lonely places with borrowed instruments.” His talents were discovered and his reputation became so highly regarded that he was at the top of the list for the most prestigious music positions, whereas another musician, J. S. Bach, ranked second or third.

The Sussex Carol was originally found in The Small Garland of Pious and Godly Songs (1684) by Luke Wadding, an Irish Franciscan bishop. The carol relates how Christians rejoice at the coming of their Redeemer.

The Coventry Carol first appeared in 1534 in a nativity play about the story of King Herod. Upon hearing of the birth of Jesus (rumored to be the new “King of the Jews”), King Herod ordered all baby boys to be killed. As the troops followed the king’s orders, mothers hid with their children and quieted them by singing the lullaby now known as the Coventry Carol.

The Wexford Carol first appears in County Wexford, Ireland and dates to the 12th century. It is a simple and happy retelling of the nativity story.

Gaudete, Christus est natus (Rejoice, Christ is born) is a song of praise. It first appeared in a songbook (1420) found in the village of Jistebnice, now in the Czech Republic.

Ms. Domanski’s solo concert engagements include Los Angeles Philharmonic debut under Maestro Esa-Pekka Salonen as the Alto Soloist in Mozart’s Requiem, The Laredo Symphony as alto soloist in Beethoven’s 9th, the Greenwich Choral Society’s performance of Rossini’s Petit Messe Solenelle, and with The Juilliard Choral Union in Vivaldi’s Gloria in Alice Tully Hall. As a Young Artist in the Juilliard Opera Center she was a participant in the prestigious 2002 Juilliard Vocal Arts Honors Recital in Alice Tully Hall. As the 2002 competition winner at the Music Academy of the West, Miss Domanski became the Marilyn Horne Foundation Awardee and was presented in recital, and on national radio and in World Wide Web broadcast in October 2002. January 2005, Deborah made her Weill Concert Hall debut as part of the Horne Foundation’s The Song Continues… recital series at Carnegie Hall. 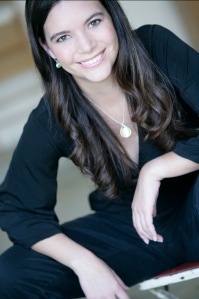 Santa Fe Pro Musica, founded in 1980, is a non-profit performing arts organization dedicated to inspiring and educating audiences of all ages through the performance of great music. Pro Musica performs a varied repertoire, covering four centuries of music on modern and baroque instruments, including works for chamber orchestra, small ensemble and large-scale works for orchestra and chorus. In 2008, Pro Musica’s recording of Gustav Mahler’s Das Lied von der Erde (chamber arrangement by Schoenberg) was nominated for a GRAMMY® award in the classical category of Best Classical Album/Small Ensemble. In August of 2012, Santa Fe Pro Musica Recordings produced a CD of Conrad Tao, pianist, performing Mozart Piano Concertos No. 17 and No. 25 and in 2013 produced a CD of music by Britten and Vaughan Williams. In addition to gaining national recognition over its 32 years for its artistry in performance, Santa Fe Pro Musica offers some of the most distinguished educational opportunities in northern New Mexico, reaching thousands of students every year with a Youth Concert series, a team-building, ensemble-training program, and a master class series for New Mexico School for the Arts students, area students, and UNM ensembles.